One of the most interesting discoveries that Professor Sippel revealed to us at was the use of the Sharpie pen as a marking device. Buffalo was an accidental example: 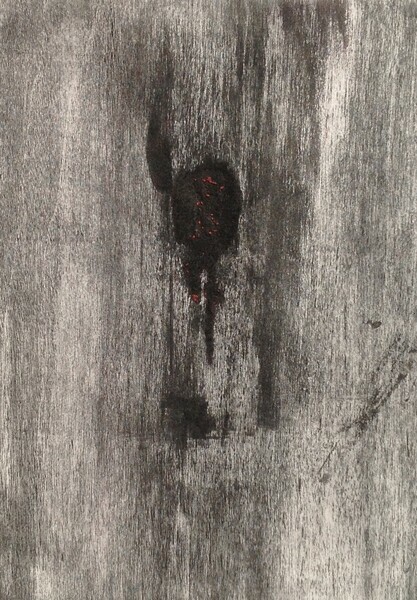 Be sure to use the water or oil-based poster paint with a ball that clicks to mix the paint, not the regular dye based Sharpie. The paint is applied thickly, in fact in Buffalo, the paint was recalcitrant and when I pumped the pen, a huge gob of ink appeared on the surface of the plate. I let it dry and thought that it was a failure not worth more preparation of the plate. When I printed this, I was astounded to find that the thick layer of dried Sharpie ink yielded a few dots of red underneath the black image.

With a bit of experimentation and reading the Sharpie web site, I have discovered:

1. Marks on the plate are is not reliably printable, even by putting the Sharpie mark over gum Arabic.

2. A Sharpie dries instantly and is designed to be insoluble in water, or organic solvents such as mineral spirits, alcohol and Xylene. (Remember the primary purpose of Sharpies is to autograph sports memorabilia, so the company’s goal is make a non-smudgy mark with archival properties.)

3. However, something happens (I don’t know what) with repeated printing that makes a Sharpie mark reluctantly give up its ink and this slight shedding of colour can produce some subtle effects. You probably can’t see printed red although it is faintly visible in the original print. I added the two obvious red dots later. 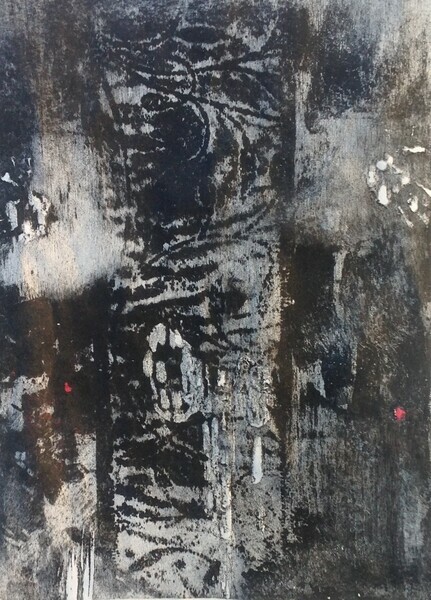 4. I found that if you want a large amount of ink, a Sharpie can be disassembled by taking pliers to the nib holder and turning in a clockwise direction. This makes a big mess so use rubber gloves. The inner spring mechanism portion can be used as a pen to make bold gestural lines. 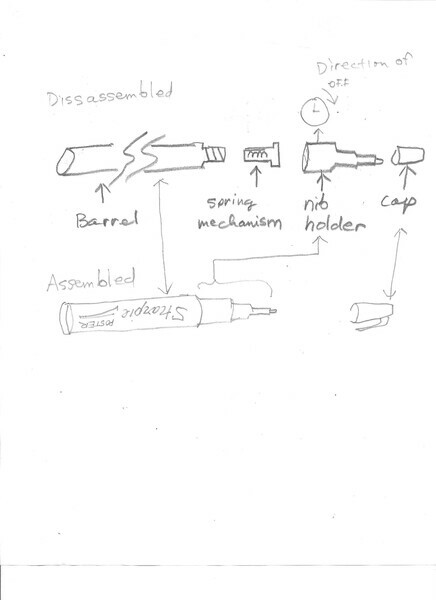